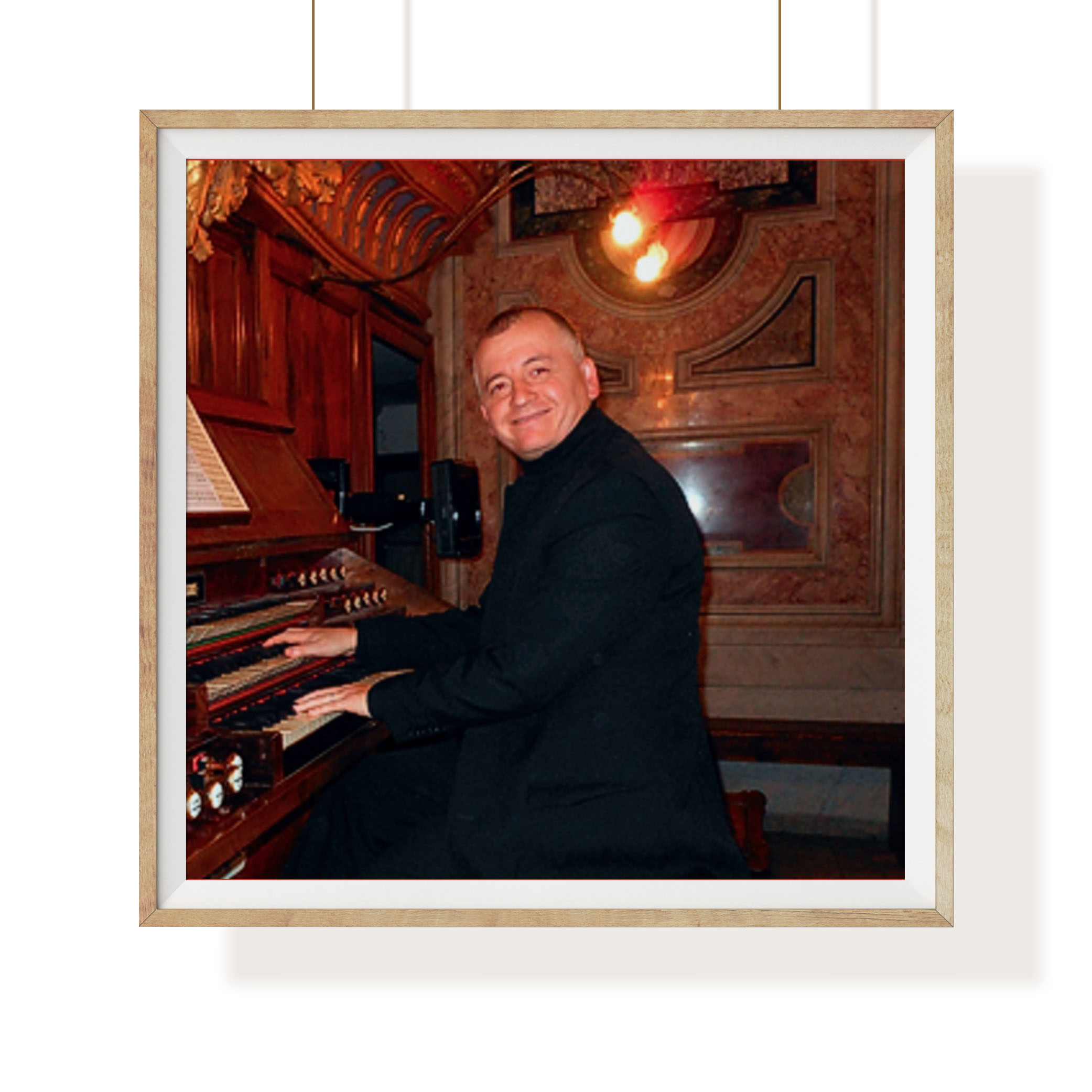 Geplaatst op h in Componisten, M door 0 Reactie's
0 Likes
Representative of his generation, Grimoaldo Macchia can be regarded as a versatile musician: composer, pianist, organist, arranger and conductor, ranging from classical to contemporary music, also passing through pop, rock and jazz. He has taken part in important musical events and concerts held in the main Italian and foreign locations. He has made several CDs, both as a performer, a composer and an arranger.Author of instrumental music and musical score, he has composed for different instrumental ensembles, for orchestra, for organ and for choir. He has received awards for his performances and compositions, also by Italian President, Azeglio Ciampi, and by the Holy Father Pope Benedict XVI, playing and dedicating to him a Toccata and Fugue, composed in his honour.Recently graduated cum laude in music didactics at the Conservatory “L. Reficie” in Frosinone, he was awarded the Diploma of Merit and Scholarship best student. Many of his compositions were published by the following editions: Carrara, GDE, Sonitus, Armelin, Setticlavio, Casa Sacchetti, EurArte and CIAK 2000. He is currently Professor of Music at the Iunior International Institute of Rome and collaborates with the Conservatory “L. Refice” of Frosinone.
UITGAVE